I may have had a little meltdown at Cranial Technologies a couple of weeks ago.

And by may have, I might mean that the hubby yanked me out of there when I started turning into Ursula from the end of The Little Mermaid.  So I was only about 25 feet tall and faintly purple by the time I got out into the hallway.  I wasn’t QUITE creating a giant maelstrom with my trident yet, but I was close.

Reason number one was that they moved the goalpost on us.  At the appointment two weeks before that, they told us that they estimated that we had six weeks left in the helmet.  Which sucked at the time, because I wanted them to be like, WOW!  He’s made SUCH amazing progress that you’re going to finish WAY early, like in two weeks!  But I joked that they were the helmet groundhogs and must have seen the shadow of a helmet, meaning we had six more weeks of helmet.

Then, when we went back two weeks later, the technician (who is lovely. They all are. They all look vaguely like Barbie dolls, and are very good at providing reassurance.  Which, misogynistic as it may sound, does NOT provide me with reassurance that they know what they’re doing) said the exact same words she said the previous time: “We’re a little over halfway done, so about six more weeks left to go.”

This part of my meltdown was not rational.  I will, of course, keep him in that horrible hunk of plastic for as long as necessary to get the optimal correction. However, her reasoning when I asked why she had added two more weeks did not instill a sense of confidence that the technicians there have any business claiming to be medical professionals in any sense.  Why did we have more time left when she had not measured his head?  Because that’s how much more room he *could* have in *THIS* helmet.

Aka, she was priming the pump for the second helmet discussion, which, with no help from insurance and a marked improvement in his head shape already, I was not interested in having.

And I’m sorry, back up a minute.  Are you telling me that the end of treatment depends on how much foam you shave out of the helmet, not how much progress he’d made?

Cranial Technologies does not provide you with measurements until after treatment is done.  And we had to request mid-wear photos to see progress, because they don’t typically do that either. They usually just put a stocking cap on the baby’s head and then look at it, look at the original image on their computer screen, look at the baby’s head again, and say, “Wow, he’s making GREAT progress.”

See why I don’t have a lot of faith in this process despite the progress we’ve seen?

But that wasn’t when I really melted down.  It was when we looked at the pictures of Jacob’s head and the technician told us, “His ears are really coming into alignment beautifully.”

Admittedly, I am not in a profession where I stare at pictures of baby’s heads from underneath (which are super creepy.  They make them look like hollow doll heads) all day, but I am super awesome at those find-the-difference-between-these-two-pictures games.  And while there were notable differences between the two pictures, the ears were not one of them.

I pointed that out to the tech, who said, “No, they look great!”

Which is where we entered the type of situation that I handle less well than any other situation on the planet.  The situation where the “expert” is telling me blatantly wrong information.  For example, I got kicked out of a college astronomy class when the professor told us you couldn’t take the square root of something without a calculator.  (“How do the calculators know how to take square roots then?” I argued.  “They didn’t program themselves!”)  And I drive my husband nuts because I will argue to the death when someone tells me something wrong.  No, I will not just let it go in the face of incontrovertible proof.

I will probably someday be responsible for arguing a climate change denier to death. 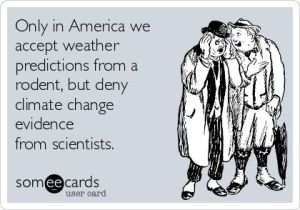 So I took a picture of the screen and drew a line through his ears on my phone to prove the lack of improvement.

At which point the technician said she’d just go get her computer so we could figure out what was going on, and then decamped for 20 minutes until I started to turn into a giant purple octopus and we decided to just leave.  She looked visibly relieved when my husband dragged me out of there. Which I suppose is understandable, as by then I WAS swirling King Triton’s trident in the ocean and hissing, “The waves obey my every whim.”

I went home and fumed and stamped my feet a lot and vowed we’d take the helmet off at four more weeks regardless (which everyone who listened to my rantings and ravings knew wasn’t true.  I am, if nothing else, a rule follower).  And I photoshopped the two pictures over each other to further prove my point about the ears.  Then I had my dad calculate the change in his head shape based on the numbers from the initial report.  (He’s a physicist.  He was able to recreate their numbers and then calculate what the change was using math and science, neither of which I’ve had to use since high school.  Don’t let your teachers lie to you, kids.  If you go into the humanities, you don’t need math anymore as long as your dad is a physicist!)

Then I called Cranial Technologies and spoke to the manager, who was even more skilled at providing reassurance (I suppose that’s how she became the manager), and who agreed with me that his ears had not changed.  She also agreed to provide numbers to show the change in his head shape, even though they won’t normally do that.  And she did say that based on the improvement they’ve seen, they would not recommend a second helmet for Jacob.

Of course, my mother said they’re ONLY not recommending a second helmet because they want to be rid of me (understandably so).

The bottom line is, he’s improved from 11mm of asymmetry to 6mm of asymmetry, which is TECHNICALLY considered a normal head shape.  (Cranial Technologies considers it borderline between a mild and a moderate deformity.)  Which also means my dad’s numbers were accurate.  Yay science and math!

And as much as I want to be done with the helmet forever, and as much as it may be true that his head would round out by two years old like the Scandinavian study says, it’s pretty incontrovertible that the helmet is helping his head to more rapidly improve.

That still doesn’t mean that Mama Bear totally trusts these non doctors, especially when it feels like they’re on a script.  I think there’s a lot of guesswork involved with these helmets, which makes sense when they’re not doctors.  But I do appreciate that the manager spoke to me and worked with me to make it right.  And as hubby pointed out, we ARE planning to eventually have a second baby, and if (please God, don’t let us need a helmet for baby number two.  I’ll start being nice–er, nicer–to people and stuff!) baby number two needs a helmet, I don’t want them to hate me.  So if they say six more weeks the next time we go back, I’ll do my best to smile and nod and not destroy the ocean.