You know what?  I’m gonna say it again.  Breastfeeding is REALLY freaking hard.  In fact, it deserves the other f word because it’s so hard, but I like having my teaching job so that I can afford all the cute baby stuff that Jacob needs, so you’ll have to settle for freaking.

Everyone out there makes you think breastfeeding is the easiest, most natural thing in the world.  It may be natural, and I’m sure for some women it’s easy, but going around preaching that it’s the simplest act on the planet is a recipe for disaster for other women.

I was never worried about breastfeeding.  My mother always talked about how great she was at it (no, mom, that wasn’t remotely traumatizing as a kid to hear about that constantly.  Not at all.), and as I take after her in all regards (seriously, we’re the same person, it’s freaky), I figured it would be a piece of cake.

The hubby and I took a breastfeeding class and were the least concerned people there. (Partially because hubby finds everything hilarious.  The teacher mentioned milk ducts at one point and he drew a picture of a duck with boobs labeled “milk duck.”  I married a child.)  Why was everyone else there worried about breastfeeding? It was easy, right? The teacher certainly assured us that it was.

“Every woman has the ability to exclusively breastfeed her baby,” she told us—a line that would come back to haunt me with harrowing feelings of guilt and failure.  She advised us to throw out any free formula that we received ahead of time—the formula companies prey on new mothers, she told us, and mail out formula when you register for gifts, just hoping that you’ll get discouraged and use it instead of breastfeeding.  But EVERYONE can do it, so you’re being lazy if you use formula.

I dutifully went home and threw out the Enfamil starter pack that had come in the mail. I wasn’t going to be a lazy formula mom.  Uh uh.  Not me.  No way.  Breastmilk all the way. I’d even eat all organic food and nothing processed so my baby would be getting the best quality breastmilk.  He was going to be the next Einstein and it would all come from my boobs.

Fast forward another couple of months.  Jacob was born two weeks early because my fluid levels started dropping in my 36th week.  They hadn’t been super high to begin with, but I drank double my body weight in water daily for the next couple of weeks and figured my levels would be better at my next appointment.  They were not.  In fact, they were so much worse that I was sent to the hospital at just under 38 weeks, kept on IV fluids for two days, and then induced.  I’m only sharing that detail now because I’m 99 percent convinced that the low amniotic fluid levels were related to low milk production later.  I’ve found zero research connecting the two, but I would put money on some doctor finding a correlation someday.  Please comment if you had something similar!

After a fairly uncomplicated birth, we had a beautiful baby.  Granted, his birth weight was probably somewhat inflated after those two days of IV fluids, and all newborns look vaguely like aliens, but he was perfect in every way. 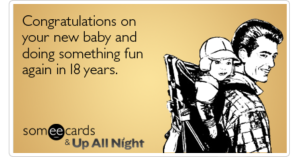 The lactation consultant came into the delivery room, saw that not only was he already latched (I paid attention in breastfeeding class after all), he was already eating.  She pronounced my latch flawless and was out of there in under two minutes.

Another lactation consultant came in a day or two later (that hospital time is a blur. I think the nurses monitor when you fall asleep and pick that exact moment to come in and wake you up), advised me to keep his head more in the crook of my arm, agreed that I had an impeccable latch, and went on her merry way.

I was an earth goddess, breastfeeding my baby.  All was well. 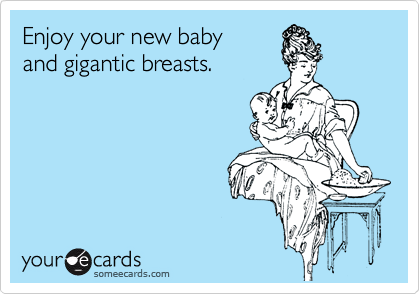 Except it wasn’t.  When we went to the pediatrician for our second visit, Jacob was still losing weight.  And when we went back two days later he should have been gaining weight, but he wasn’t.

“I think it’s time to try supplementing with some formula,” our pediatrician said.

I promptly burst into tears.  She comforted me as best as she could, throwing around phrases like “low supply,” “not a big deal,” “happens to so many women,” etc.  But all I could hear was, “You failed your baby and now he has to have formula and won’t be as smart or healthy and it’s all your fault.”

Much heartbreak, an insane amount of pumping, medication, and the world’s worst lactation consultants ever (I’ll blog about that another day—they literally told us to hire someone to watch the baby so I could spend five-to-six hours a day pumping to increase supply) later, we added in formula supplementation, and Jacob finally started gaining weight.

I continued breastfeeding and supplementing with formula after until just after six months, when he started completely refusing to nurse.  I’m still pumping to get him whatever benefit there is from the tiny amount that I can sneak into his bottle, but I’m fully aware that the pumping is entirely because of mom guilt and to keep my feelings of failure at bay. 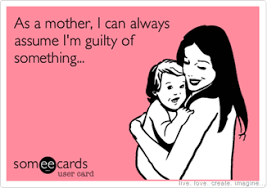 Even now, when he’s seven-and-a-half months old, eating solid food and above the 80th percentile for weight, I’m ashamed of the fact that he subsides on mostly formula.  I feel like I failed him.  I’m sitting here, writing this, and a tiny little voice in my head is saying, “Maybe you shouldn’t publish this.  Don’t let people know that you failed.”

Except I didn’t fail.  He’s above the 80th freaking percentile for weight.  I think his thighs are bigger than mine now.  He’s the happiest, healthiest, best baby in the world (as my mother will stop you on the street to tell you. Seriously, if a random woman stops you on the street to tell you that, say hi to my mom). And while there is some ambiguity about whether my low fluid levels caused low milk production or whether it was Jacob’s disorganized suck that tanked production, the reality is that it doesn’t matter. 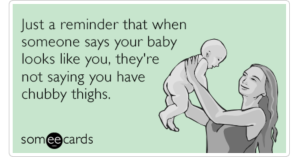 That’s the real point to this post: (yes, it took me 1,000 words to get there, and yes, I’m about to get major hate mail from the “Breast is Best”ers, but I don’t care) feed your baby and don’t let anyone (other than yourself) make you feel guilty about how you do it.

I barely left the house for the first three months because I was convinced that if I skipped a breastfeeding session it would cause irreparable damage to my already-low supply. And I wasn’t comfortable breastfeeding in public because Jacob wasn’t good at it, and I’m just not a whip-my-boobs-out-in-public kind of girl.  I was terrified that people were going to judge me if they saw me feeding him formula, so I tried to only feed him in private.  I refused to talk to anyone about what was going on because I thought that they would judge me.  I cried more over breastfeeding than I have over anything else in my life.  And I felt utterly despondent because, as a huge control freak, nothing I did could fix this. 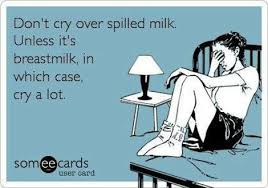 But guess what happened when I finally came clean?  Absolutely no one cared.  Actually, that’s not true.  Once I talked about it, people told me all about how much trouble they’d had too.  The low supply, the clogged ducts, the agonizing over not knowing if the baby was getting enough to eat, the infections, the tears, the guilt.  I wasn’t nearly as alone as I thought I was.

I realized how horrible it is to tell people that “Every woman has the ability to breastfeed her baby,” and that formula is for lazy moms, and I grew increasingly angry at that attitude.  If every woman could do it, wet nurses wouldn’t have existed and no one would have invented formula.  I’m so grateful that I live in an era where all I had to do to feed my son when my body couldn’t was go to the grocery store.

Saying that every woman can do it is a blatant lie.  And it’s a harmful lie because in those early months, when sleep is scarce and women feel isolated at home with a newborn, adding in feelings of failure makes everything so much harder than it needs to be.

When eventual baby #2 comes along (don’t get any ideas, it’s not happening yet!), I plan to breastfeed him or her.  But if it isn’t working this time, I’m not going to let the baby’s weight get too low or cry (too much) because I now know that formula isn’t the devil and some things are out of my control. 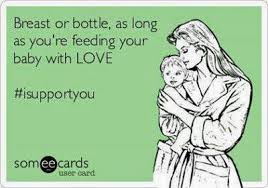 3 thoughts on “Breastfeeding may be natural, but that doesn’t mean it’s easy”