A long time ago in a condo not that far away, I became a mommy.

No, I don’t mean Jacob–we bought our house before we had him.  I mean Rosie.

Okay, technically, Rosie is a schnauzer, not my biological child. But she’s still my baby. And she DOES look more like my dad than my actual human baby does, so I think that counts.

I know there are a lot of people (including my mother–just remember mom, you’re still Rosie’s favorite person, even though you forget all about her the second you see Jacob. She loves her grandma unconditionally) who get irrationally irritated when I say my dogs are my babies, but there’s a logic behind this argument.

My parents met in college and got married at 24.  They had me five years later.

At 24, I was a hot mess. To be fair though, most of my generation was similarly messy, and of those people I know who got married around 24 years old, almost none of them are still together now.  And oh my god, if I had married my college boyfriend–let’s not even go there.  I’m gagging just thinking about it. 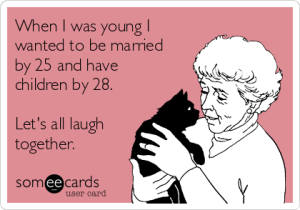 So by the time I got to the age where my parents’ generation was having babies, I was not exactly ready to have a baby.  But I WAS ready to love a tiny creature unconditionally, and the first time I saw Rosie, I knew it was her.

I think that’s the reason so many girls in their 20s get dogs.  They’re not ready to settle down and have a baby yet, but those maternal instincts are starting to kick in. 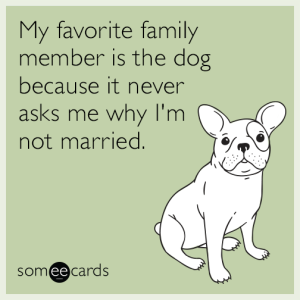 And I have to say, in a lot of ways, having a dog is GREAT training for having a baby.

Well, I’m glad you asked that!*

*I’m aware you didn’t ask that.  But you’re here now, so let’s just pretend you did.

#1 I already have baby gates.  Yes, that’s the stage we’re at right now, and yes, I forgot that I had them until we started cleaning out our basement because we’re getting it finished to create a playroom, but that just saved me about $60. Thanks past Sara and my un-potty-trained dogs!

#2 I am now fully prepared to clean up poop, vomit, pee, and any other bodily fluid that can come out of a baby or small animal.  In fact, dogs are grosser than babies when it comes to bodily emissions because I have yet to see Jacob eat something, throw it up, eat it again, then poop it out and try to eat it again.  So when Jacob was a newborn and turned to face me then spit up Exorcist-style down the side of my head, I wasn’t even that grossed out.

And an added bonus? The dogs aren’t picky about whose puke they eat, so when Jacob pukes on the floor, I don’t even need to clean! 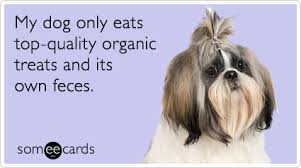 #3 I am totally used to being woken up in the middle of the night.  My dogs, as much as I adore them, are not so good at letting me sleep.  They’re both bed hogs (Hubby argues they shouldn’t be allowed to sleep in our bed, but Rosie has been sharing my bed longer than he has, so that one is non-negotiable), and it’s truly amazing how much space two small dogs can take up in a king-sized bed.  It’s like they ate the Alice in Wonderland growth drug before they get in bed at night and turn from miniature schnauzers into sprawled out woolly mammoths. 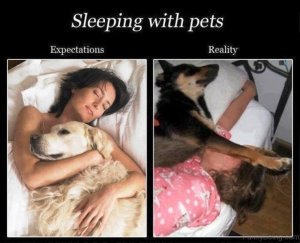 But between Rosie, who jumps down in the middle of the night (when I toss and turn too much, it offends her), then barks repeatedly to announce that she would like a formal invitation to rejoin us on the bed, and Sandy, who perceives every imaginary noise outside as an imminent threat to our immediate safety that must be dealt with in the loudest possible manner (although you can literally walk into our house and get all the way upstairs before she notices you most days), I was used to waking up multiple times in the night long before Jacob was born.

#4 I understand non-verbal communications.  I am now fluent in schnauzer, which, at least in our house, is freakily similar to baby.  Jacob may be spending too much time around the dogs because he definitely copies their growling from when they play tug-of-war with a toy and happily yells along with them when they bark at the mailman.

But I can differentiate between a bark that means Milo, the dog from across the street, is peeing on our lawn or a bark that means the deer are in our backyard again.  I can tell when they’re barking because their water bowl is empty or because Sandy is misbehaving and Rosie is telling on her (it happens).  And I can tell when the squirrel that torments Sandy by coming right up to the window and shaking his tail at her is back at it.

Which means that interpreting different baby cries isn’t that hard.  Especially since he seems to be speaking schnauzer instead of English.  Oops.

#5 I can say no.  Dogs beg all the time, meaning that I’m going to be a pro when Jacob is a toddler and wants something that he can’t have.*

*I’m lying.  I never say no to the dogs.  I’m the worst.  I share all of my food with them.  I’m why they’re fat.  My vet totally judges me and the husband wants to kill me when we’re eating chicken and they start demanding their share, which they know I’ll give them.  Jacob will tell me he wants a pony next year and I’ll be like, “Okay honey, here you go!”

#6 I know how to put someone else’s needs first.  Okay this one is true.  Whether it was learning to leap out of bed in the middle of the night when one of the dogs started puking or accidentally breaking an iPhone screen when another dog went after Rosie, becoming a dog mommy first helped me learn the kind of selfless behavior that you need to care for a tiny human.  And while I’m sure that mommy instinct kicks in just as strongly even if you’ve never felt anything like that before, I’m glad I got years to practice before Jacob came along.

And Jacob gets the benefit of growing up with two older sisters who love him even when he doesn’t fling handfuls of Cheerios onto the floor for them.