Jacob has a cold.  Which, according to the laws of mommydom, means that I also have a cold because the first indication that we had that he wasn’t feeling great was when he sneezed.  On my face.

At ten months old (and CRAWLING!  YAY!!!!!!!), this is our second cold, and this one is milder than the first.  No fever, just stuffy with a very runny nose. No biggie and he can still go to daycare.  (Although I feel seriously guilty sending him to daycare, both because I know he doesn’t feel great and because wiping snot is disgusting when it’s my OWN kid. I can’t imagine having to do that to someone else’s kid!  Gross!)

When he got his first cold, we panicked.  Jacob had a slight fever, so I sent hubby to CVS for infant Tylenol.  He returned 20 minutes later having spent $70 buying EVERYTHING in the baby care section.  He’s not allowed to go to CVS anymore.

We took turns taking the day off of school to stay home with him and rushed him to the pediatrician twice, only to be told both times that it was a cold, that babies get colds, and that he’d be fine.  (They DID give us antibiotics for his ears the second time we went, although they said they weren’t infected, they just looked like they COULD get infected as the cold continued.  Insane first-time parents like us are probably why everyone is developing antibiotic immunities these days.  Honestly, they ought to just give parents pink, bubblegum-flavored sugar water to give babies and tell us it’s medicine so we can feel like we’re doing something to help.) 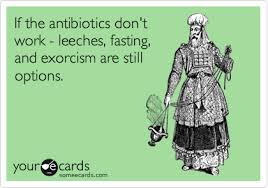 So this time, in the absence of a fever, we didn’t worry.*

*Okay we worried.  But I sent frantic texts to my brother, who is a doctor, instead of rushing Jacob to the pediatrician.  Because instead of giving me antibiotics, he tells me I’m an idiot and to stop it, which actually probably does more good than the antibiotics.

And by now, we’re old pros.  We have an arsenal of infant Tylenol and Motrin (in case he develops a fever), a good baby thermometer, nasal mist, and a battery-powered aspirator (Sorry Nose Frida fans, that thing is gross.  That little blue piece of sponge that they call a filter is NOT enough to convince me that baby snot is not going into my mouth.  It’s disgusting.  Plus, when I’m sick too, I can’t generate enough suction for it to actually do anything other than freak Jacob out that I’m trying to suck his brains out of his nose.) 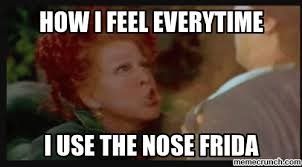 The biggest problem when he’s sick (other than my hypochondriac fear that it’s actually RSV, will turn into pneumonia and require hospitalization) is how to keep him hydrated.

I’m prone to horrible post-nasal drip and know that drinking when I’m sick sucks.  But I do it, because I know I need to to feel better.  While I don’t know yet if Jacob has inherited my sinus problems (and I’m praying he doesn’t!), I do know that he doesn’t feel like taking his bottle and we have not yet mastered this sippy cup situation.  And I can tell him that he needs it to feel better until I’m blue in the face, but I might as well be telling the schnauzers to stop barking at the mail lady for all the good it does.  (She’s their worst enemy.  She attacks our house EVERY DAY and we do nothing to stop it.  They are outraged and do their very best to let her know that they’ll murder her if given half the chance.  Except for the days when she actually comes to the door, because then she gives them treats and they love her.  Seriously, all you’d need to do to rob our house is feed our dogs.)

He normally takes five six-ounce bottles a day and we’re working on trying to add in some water as well on days when he doesn’t finish those.  But when he’s sick, it’s a struggle to get three ounces in him.  And a quick Google search told me that a baby can dehydrate quickly when sick.  (I also found a result that said babies don’t want to eat as much when sick and are fine as long as they’re producing 3-4 wet diapers a day.  But we’ll ignore that because dehydration sounds scarier.  I also sent my brother a video of him playing and my brother told me he’s fine and that I’m an idiot.  We’ll ignore that too.)

I know the current advice is to only offer formula or breastmilk from a bottle and water should come only from a sippy cup, but despite our daily efforts, Jacob thinks the sippy cup is a teething toy.  He also enjoys grabbing it by the handles and flinging it off of his high chair onto the poor dogs, who hang out there hoping for Cheerios.  But drinking from it?  That’s a no go.

Desperate times call for desperate measures.  And our parents’ generation gave us water and juice in a bottle and all of us eventually learned how to drink from cups.  So Pedialyte in a bottle it is for now.  We had some success with that, and then I used an oral syringe to get a little more in him, which he actually liked.  I guess it’s pretty hard to drink from a bottle when you can’t breathe through your nose.  Poor little guy.  But on the plus side, with me pushing fluids like a psycho, at least he’s pooping well!

Am I being ridiculous?  Absolutely.  And I’m fully aware that when eventual baby #2 gets sick, I’ll probably be like, eh, suck it up, you’re fine.  But I guess there’s a reason that first-time parents have a reputation for being nuts. 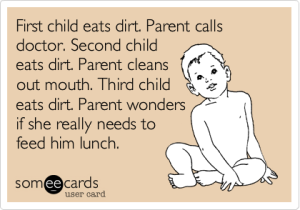 I know that I’m a total stereotype for being a Jewish mama who worries about everything, but I feel like the fact that I have a diagnosed anxiety disorder gives me a bit of an excuse. 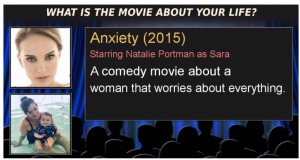 Either way, there is a whole spectrum of issues that I never anticipated worrying about prior to beginning the parenthood journey.

If anyone in the NSA is monitoring my internet search history (or Facebook.  I see you Facebook app, spying on everything I do!), they’re really going to think I’m obsessed with poop because now that we’re done with the baby helmet, I think poop queries make up 85 percent of my search history.  The other 15 percent are comprised of Queen Elizabeth trivia (because I’m fact checking The Crown as we watch it), baby food recipes, the weather for possible snow days, and how little sleep you can survive on before you start creating underground fight clubs and making soap.

In the beginning, his poop was unconcerning.  Jacob was kind enough to cry when he needed to poop, so when he stopped crying and got all happy, we knew he had a squishy tush.  This typically occurred when I was in the shower. When my husband went back to work after Jacob was born (He really is the best baby.  He made his arrival at the beginning of April, ensuring that I had the maximum amount of leave time. I was able to take off all of fourth quarter at school and then got the summer too), I’d feed Jacob and then plop him in his bouncer seat in the doorway to the master bathroom so I could see him while I showered.*

*Our master bathroom is freakishly narrow.  Apparently our house was built with Slender Man in mind.  Navigating it while pregnant was… interesting.

On good days, he’d fall asleep and I’d actually get to put on makeup and get dressed after I showered. 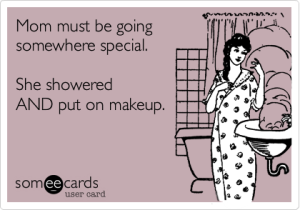 Most days, however, he’d cry a little bit when I got in the shower, then get happy and chatty.  Which I dreaded.  Because it meant he’d pooped.  And not like a tiny, cute amount of baby poop.  I’m talking like elephants would stop and point and be like, “Wow, that’s a lot of poop even for us!”  Remember the scene in Jurassic Park?  It was like that but with a baby in a diaper on top.

And the happier he got, the more poop it meant there was.  My little guy somehow managed to have poop-splosions so enormous that what came out of his diaper could fill the entire bouncer seat.  And there he’d sit, happy as a pig in–you get where I’m going–wiggling all around as the poop slopped down onto the carpet.

We may have lied a little when we had our carpets professionally cleaned a couple months ago and told the guy that the dogs had accidents in our bedroom.  While that’s true in some spots, we definitely had baby spots in other places! 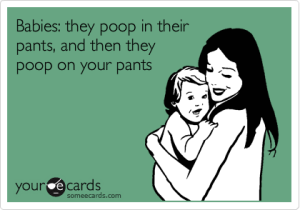 If you told me I’d miss those days, I’d have called you a liar.

But now that we’re on solid food, which my little chunky monkey loves, the poop isn’t flowing as freely.  So I find myself Googling baby constipation remedies.  Which was kind of embarrassing when I accidentally left that on my screen at school and then projected my screen for the kids to see an assignment.* 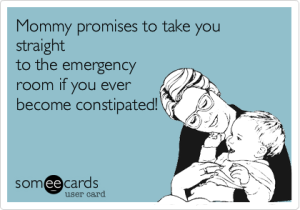 *I’m totally lying.  Not about doing that, but about feeling embarrassed.  That’s one of the downsides and/or perks of motherhood that I’ve discovered.  I no longer have shame.  I’m too tired to feel shame.  We’re doing baby swim classes with Jacob and while I was always the one who was like, “Why do old ladies walk around the locker room naked?  Why?  Why?” Now, I’m like, eh, I’m holding a baby while trying to get dressed.  What do I care if someone sees a boob?

So after massive amounts of Googling about the consistency of his poop (it’s not usually the rabbit pellets, it’s more of a poopy wedge), possible culprits and possible remedies, we tried everything.  Prunes, prune juice, tummy massages, bicycling his legs, putting him back in that bouncer seat while I shower, taking him out in the backyard (hey, it works for the dogs!), coffee, etc.  No dice.

Which means that the most likely problem is that he needs more water in his diet.

Cool.  We’re working on sippy cups.  I bought 17 different kinds (actual number, not hyperbole).  Which my husband keeps trying to drink from, then proclaims too difficult and throws over his shoulder into a growing heap of rejected sippy cups.

And those lovely sub-dermal chompers are making it hurt for him to drink be it from a bottle, a sippy cup, a straw, a stream etc.  He seemed perfectly happy to drink pool water at his baby swim class last weekend, but I draw the line at water that has a measurable urine content in it.  Literally though, he looked like one of those whales inhaling water. Not okay! 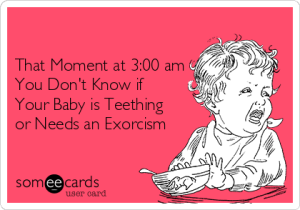 Note to self: Google how to make baby teeth come in faster!